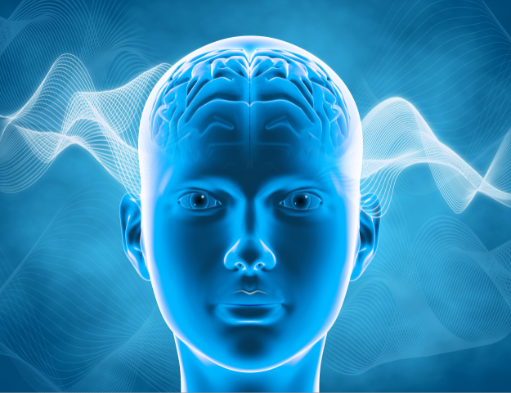 Cognitive decline can be startling, frightening, and eventually lead to poor quality of life.  As people age, problems with memory and other cognitive functions can become more pronounced.  Cognitive tasks that involve receiving, maintaining, and interpreting information create an increase in gamma waves, particularly in the dorsolateral prefrontal cortex (DLPFC) which lives behind the forehead. Gamma waves are specific patterns of electrical activity in the brain that occur at frequencies between 30-100 Hz, with the 40 Hz frequency point generating the most interest.

In a study of healthy individuals (Barr 2009) 20 Hz high-intensity PEMF rTMS stimulation applied to the DLPFC significantly increased gamma oscillations produced during a working memory test. No other brainwave changes were noted, which indicates that rTMS only modifies gamma activity in the frontal brain region.  This means rTMS might well be a strategy useful for enhancing cognition.

Research has indicated that working memory is associated with gamma oscillations at a frequency of 30-50 Hz. Modified gamma oscillations in elderly subjects may be connected to general cognitive decline. There is some indication that normally present brain gamma oscillations are optimal in middle-aged adults.  One study compared (Barr, 2014) the gamma waves evoked by working memory in adults aged 19-29 to those aged 30-60 years.  EEG was recorded during a verbal task and gamma power measured during correct responses. Gamma oscillations were actually stronger in the older group of participants, contrary to what was expected.

Stimulation designed for entrainment, the synchronization of natural brain patterns through the use of external stimuli, has been shown to be effective in improving spatial and recognition memory as well as reducing amyloid in the hippocampus of mice (Martorell).

Mild cognitive impairment often precedes an Alzheimer’s disease diagnosis, and a significant number of people diagnosed with MCI eventually end up with dementia.  Identifying those at risk of progression is an important part of prevention.  One experimental study (Naro) exposed patients with MCI, AD, and a healthy elderly group to gamma-band oscillations through transcranial alternating current stimulation (tCAS) at different cortical areas.  Many MCI patients showed some improvement in neuropsychological tests, while AD patients did not.  But some of those with MCI had non-responsiveness similar to those with AD.  Two years later, those MCI patients who hadn’t responded had progressed into Alzheimer’s disease.  These results indicate that a substantial percentage of people with MCI can unknowingly progress to Alzheimer’s disease. Early aggressive gamma entrainment treatment could be able to prevent progression to this horrible disease.

Based on research around the benefits of gamma stimulation, it can be expected that PEMF stimulation at 40 Hz could produce similar positive results such as preventing the development of new plaque, reducing existing plaque progression, and preventing mild cognitive impairment from becoming Alzheimer’s disease.

Cognition is the process of both acquiring and making sense of new information.  Cognitive function determines the ways in which people receive, store, and recall information, make decisions and respond to the world.  Cognition is crucial for processing the vast, complex sensory information we receive, particularly higher-level tasks and processes.  Beta and gamma waves (13 Hz to 100 Hz) are the primary frequencies involved in cognition.

When large areas of neurons are not integrating properly in the brain, cognitive impairment results.  Within each brain area, some neurons are receiving information while others are sending out information.  In addition, individual neurons typically experience being activated (excitation) and being deactivated (inhibition) in a balanced way, unless the activity isn’t synchronized. Complex cognitive functioning requires integration and balancing facilitated by gamma activity in order for information to make sense to the brain.

The brain must determine how much attention is given to both relevant information and predictable sensory input.  One study (Bauer) used MEG to look at alpha/beta and gamma waves.  It was discovered that resting, pre-stimulation attention is handled primarily by alpha brainwave modulation, while the information presented to the brain (post-stimulus state) is processed through gamma modulation.  When the input is more predictable, the information is not novel and does not need to be integrated as much, therefore, gamma activity dips.  Gamma activity helps the brain sort out contradictions in expected versus actual information.

The basal forebrain, located at the bottom part of the front of the brain, provides vital input for gamma activity.  Acetylcholine, which is important in controlling behavior and also critical to memory, is produced in the basal forebrain.  Damage in this area is evident in dementia associated with both Alzheimer’s disease and Parkinson’s disease. Gamma stimulation with magnetic therapy over the temples increases gamma activity in this area, which can boost cognitive function, particularly memory, attention, and focus.

PEMFs are a safe, non-invasive way to induce entrainment in the brain.  PEMFs can reach deep into the brain, allowing you to target all areas that require stimulation. But because they pass through the brain completely, they do not carry the same risk of potentially harmful heating effects that other forms of stimulation may have.

FlexPulse is launching a new PEMF device, the G2, with even more programs available.  These new programs will allow for even broader use of the FlexPulse PEMF device for brain entrainment neuro-stimulation. Although neuro-stimulation is a major benefit and emphasis for FlexPulse programs, the pulsed electromagnetic field frequencies also provide the full range of benefits that any PEMF machine provides, including healing, reduction of inflammation, improved circulation, and general health maintenance.

FlexPulse systems have been developed on the basis of more than 3 decades of research and thousands of studies.  Other methods of stimulation can require far more time, effort, and cost.  With a FlexPulse system, 30 minutes per day of stimulation once or twice a day can produce amazing results in the convenience of your own home.  And the portable design makes it easy to get as much treatment as you desire, wherever you need to go.

The value of owning a PEMF device increases exponentially when used for multiple conditions and by several family members.  The range of programs in the G2 means there are options for any condition you need to treat.

The FlexPulse comes with a 30 -day satisfaction guarantee and a 2-year International warranty, making it a no-risk alternative for boosting memory, cognition, and even potentially preventing the development of Alzheimer’s disease!